In working-class households behind the former red wall, the name Sir Keir Starmer will conjure up one or more of three responses: Who’s he?, Yawn! or He thinks we’re thick! 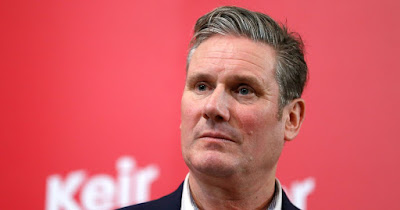 On each, they’d be spot on. Except for one missing fact: Sir Keir Starmer is dangerous. Delve deeper, and Britain’s hard working Labour voters soon realise that the new Labour leader brings new danger. 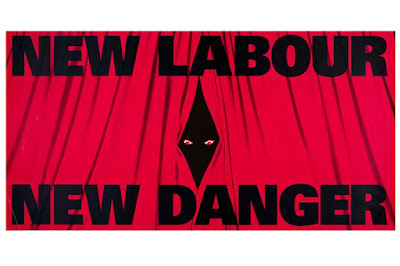 Yes, he’s dull and managerial with all the charm of a 1950’s company chairman, but judging him instead by his Labour friends and personal dogma, he’s dangerous. As a vocal supporter of former Labour Party leader Jeremy Corbyn and loyal member of his Shadow Cabinet, Sir Keir stayed eerily silent and refused to speak out against Corbyn’s tolerance of anti-semitism within the party and the union movement more broadly. Corbyn turned Labour into the real nasty party; had it been any other party, Sir Keir would’ve named it the most racist political party in Britain. 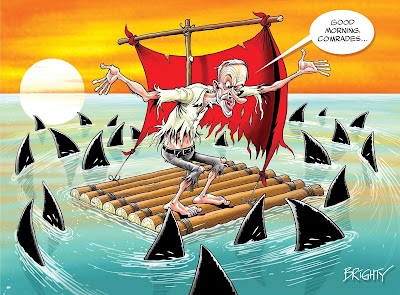 Sir Keir, describing Corbyn as his friend, sat speechless in the face of its gradual takeover by extremists. You see, supporting and saying nothing about Corbyn’s self-declared friendship with terrorist groups Hamas and Hezbollah, and his love of the IRA, doesn’t go down well at the boozers of Bolsover and Bermondsey. 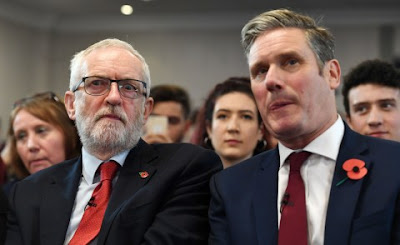 Think Sir Keir will honour the 2016 Brexit referendum, and the subsequent general election results, and keep Britain out of the EU? Think again.  As the architect of Labour’s catastrophic Brexit policy that saw it lose at the recent general election the support of its heartland voters, you’d think Sir Keir would listen and learn. Sadly for Labour’s electoral prospects, he’s having none of it!  Sir Keir’s Labour is so far removed from that of his namesake, Labour’s founding father Keir Hardie, that this knight of the realm places the screeching from the Remoaner Islington-elites above the life chances of its core voters. 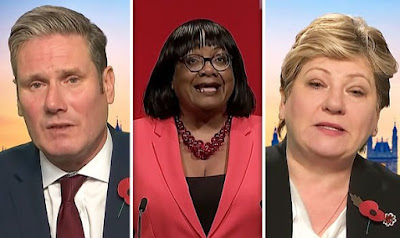 In fact, Sir Keir is so dangerously anti-democratic and out of touch with Labour’s core working class vote,  that he hasn’t ruled out campaigning to rejoin the EU, hoping to gerrymander the result by giving the vote in UK general elections to millions of EU citizens. 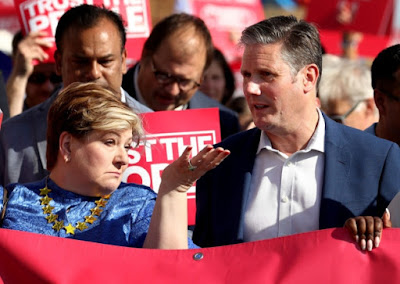 The truth is that Sir Keir and his Labour chums bring new danger to an already dangerous Labour Party. They hate Britain, past, present and future.  They’re ashamed of its history and heroes. They loathe its flag, choosing instead to drape themselves in the EU’s banner of gold and blue, and together with the oh-so elitist über-Remainers, are disgusted by
their own core voters behind the now Tory-blue electoral wall. Obsessed by identity politics (except of course the identities of the working-class bedrock of his once great political movement) they pit one group of society against another and, in turn, destroy the very fabric of our nation. 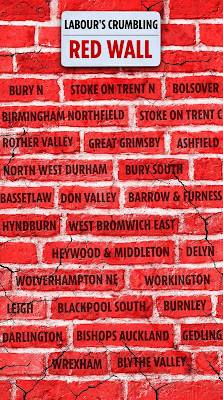 So deluded are many in the Labour Party, that they think the dullest man in Britain will lead them back to power.  Remember how enthused they were over Milliband and Corbyn?  Sir Keir’s appointment is simply moving the deckchairs on the titanic. Keir’s no Kinnock. He is the embodiment of New Labour, New Danger.

Posted by A View from Bermondsey Beach at 20:25 No comments:

As our Prime Minister Boris fights for his life in the intensive care unit of our local St. Thomas’s Hospital, Bermondsey prays for Boris Johnson make a swift recovery. 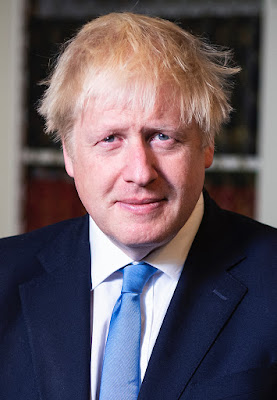 Come on, Boris! Britain needs you back at No.10! 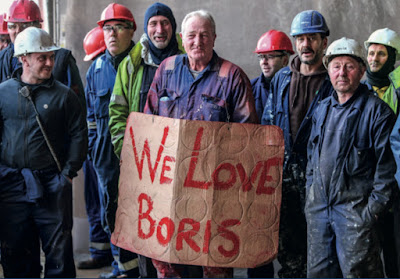 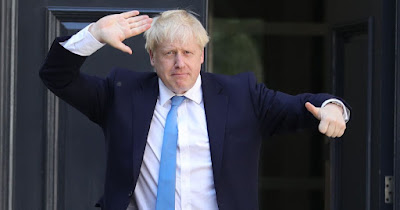 Posted by A View from Bermondsey Beach at 20:38 No comments: