Why they don’t get it (No.1): They deny democracy

When 17.4 million people vote for something in a referendum in the knowledge that the government will, and I quote, ‘carry out what you decide’, politicians ignore them at their peril. When the liberal-elite mounts a three-and-a-half year long campaign (Project Fears and Lies Mark Two) to bully the population into electoral submission, do not underestimate the hitherto quiet voices of ordinary, decent working-class people. 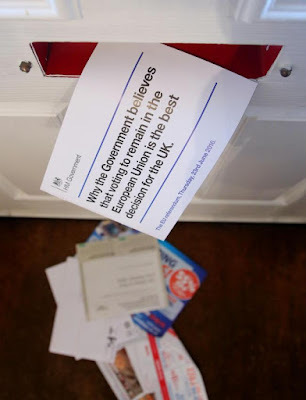 Using Orewellian doublespeak, they told us that a People’s Vote would settle the issue once and for all, as though the people hadn’t already voted once, twice and now three times to leave the EU. Thornberry, Umunna, Grieve and their pompously privileged chums lied through their collective teeth that only a second referendum (sorry, Dominic, my old bean: a ‘final say’) would do - one, of course, that the elite parliamentarians attempted to gerrymander by proposing the broadening of the political franchise to include UK resident EU citizens. However, their weasel words were so transparent, the people saw them for what they were - lies designed to overturn the democratically expressed wishes of nearly 18 million people. 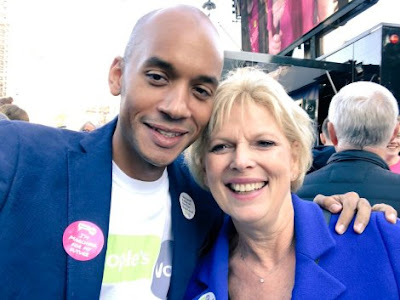 The result? Simple speech, rather than deception, won the day: Leave Means Leave; Get Brexit done; We voted to leave and we knew what we were voting for. They thought that
Leavers wouldn’t turn out and vote again and again - but we did. Problem is, the Remainer elite were so full of anger, prejudice and hate, they couldn’t hear good and decent Brits from Bermondsey to Bolsover speaking with clarity.  Now, they wonder why they lost December’s general election!  Oh, and Chuka, Jo and Anna: There’s nothing liberal or democratic about blocking Brexit, darlings. 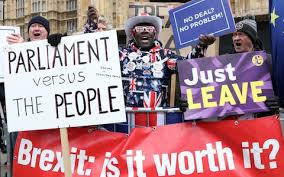 Deluded? Yes. Democratic? No. They just don’t get it. 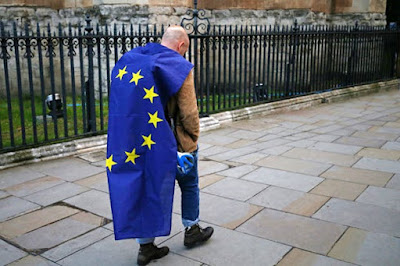 Posted by A View from Bermondsey Beach at 22:52 No comments: Links to this post

On Thursday 12th December, the British people spoke for a third time, delivering a straightforwardly simple verdict: Get Brexit Done. 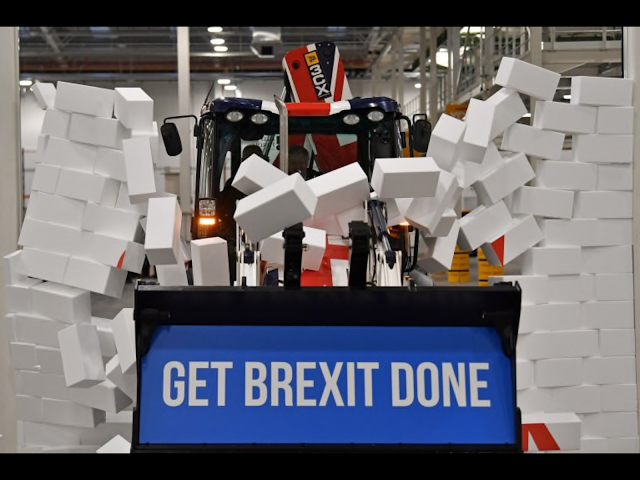 So, to those who just didn’t get it (including Corbyn and his working-class-hating gang of dangerous extremists) in the 2016 referendum and 2017’s General Election, or after the resoundingly decisive result in this year’s election to the European Parliament, we say one thing: Happy Brexmas and a Happy New Year! 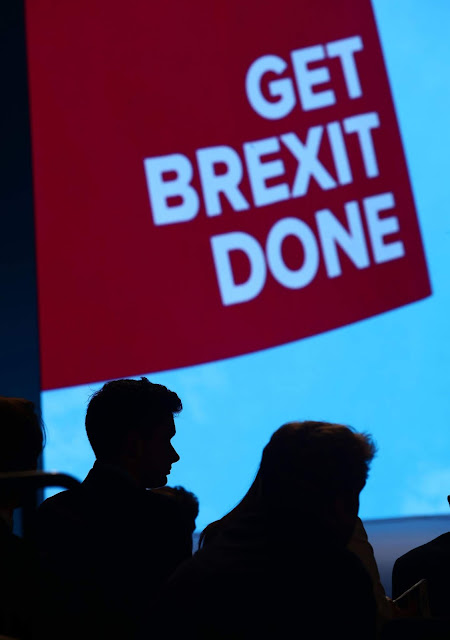 Posted by A View from Bermondsey Beach at 23:32 No comments: Links to this post