Are Arthur, Bob and Bermondsey mad swivel-eyed loons, too?


Express the wrong view on the European Union and you could be in trouble. Question its legitimacy as a democratic institution and you’re dismissed as a fruitcake and extremist.  Muted by mantras of racism on the Left and patriotism on the Right, the EU debate has been dogged by invectives for far too long.

It seems in 21st century Britain it’s acceptable to break up the United Kingdom, but the height of irresponsible behaviour to critique or question whether our nation should continue to belong to the European Club, and if so in what form. 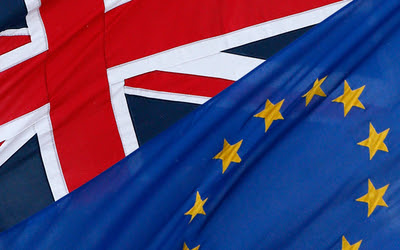 How times change: “I agree with Nick!’ morphed into “I’m with Nicola!” as thousands of English voters longed for an SNP candidate in their green and pleasant constituency.  However, triumphant though the SNP victory was in 2015, the Scottish people were far too shrewd to vote for the extremist dogma of withdrawal from the UK in the 2014 referendum.  But, Bermondsey may well vote for Brexit if politicians of all parties fail to agree a fair and democratic deal for us...


For decades, Bermondsey people have held strong views on their place in the EU, but their voices have been ignored and silenced by the metropolitan elite.  Thousands of working-class families from the Old Kent Road to Shad Thames cannot see the point of the EU, especially in its current form.  They question its very tenets, including free movement of people, and fail to see how its ideologically driven vision and policies benefit their lives.
It seems they are in very good company: Socialist Party leader Arthur Scargill, backed-up by the late great Bob Crow, favours an immediate withdrawal from the EU, a stance that makes the Conservative Party's current position  look positively inclusive!  Love Europe and Europeans, hate the European Union is a fair embodiment of the union firebrand's stance.


This is a cross-party issue and all in Bermondsey must pray that the Prime Minister’s renegotiation succeeds. Some believe there’s nothing wrong with European judges having the final say on legal matters affecting Britain, prisoners having the vote, an open-door EU immigration policy  or Abu Qatada abusing the British legal system to protect his ‘family life’.  Some will commit to voting ‘yes’ regardless of the result of Cameron’s whistle stop Euro-tour.  But what really sticks in the gullet of true democrats and liberal thinkers in Bermondsey is that our national parliament often seems powerless in the face of EU bureaucracy and anti-democracy.  British laws should be decided upon by the people of Britain alone, not dropped from on high by the deus ex machina that is the EU.

The Left must stop tying itself in knots, trying desperately to please both the uber-liberal chattering classes and their core working-class vote: they cannot serve two masters.  The Right need to explain clearly what does and does not work in the EU, as well as what they propose to do about the broken bits.  Thatcher must talk to Scargill.  Bob must be turning in his grave…
Posted by A View from Bermondsey Beach at 21:27 No comments: Links to this post