Family and Faith: Ingredients for a Bermondsey Christmas

On this most special of days, we remember a very ordinary family dealt the most extraordinary set of cards: a poor young Jewish woman who conceived her child in exceedingly unconventional circumstances; a loving working-class man who devoted himself to his wife and son; a baby, who from the moment of his birth in a stable was destined to change the world forever. 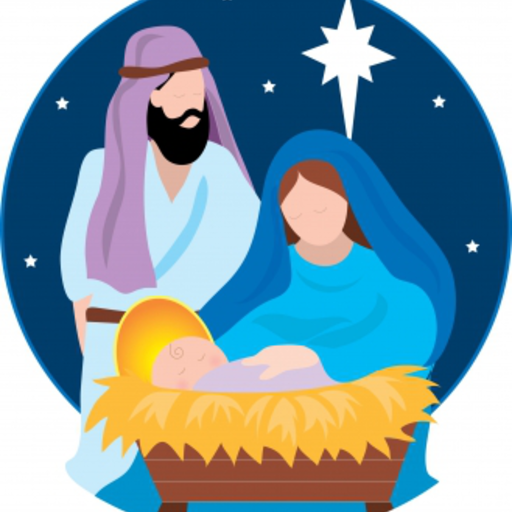 Last night Bermondsey children from Shad Thames to the Old Kent Road left out mince pies and glasses of sherry for Santa, together with handfuls of carrots for his reindeer.  Today, thousands in Bermondsey will be celebrating Christmas Day remembering the birth of Jesus Christ and his family.  Many will be spending their day alone; some through choice, and others sadly through their own personal difficulties such as homelessness, loneliness or poor mental health.  Thankfully, local charities such as Crisis, the Robes Project and the Manna Centre will be on hand to help out over the Christmas and New Year period.

Strong families are the bedrock of Bermondsey and should be actively promoted and supported by our local institutions regardless of political or religious affiliation.  As we in Bermondsey know, a closely knit family can often be the difference between hope and fear, success or failure, even life and death.  Strong families make strong communities and are the answer to many of our problems today.
The Holy Family was like the average Bermondsey working-class family in many ways: they didn't have it easy (there were probably more hard days for Joseph and Mary than our Christmas rose-tinted glasses allow us to see); they worked hard for everything that they had and crucially, gained strength from sticking together.  And, guiding them forward was their faith in something greater than themselves.  Pop down The Blue for some choice cuts of beef at Bell and Sons butchers any day of the week and ask Bermondsey women and men what's important to them: faith, family, flag and our future - any Millwall FC fan will confirm it's as simple as that!

A very happy Bermondsey Christmas to all of you!
Posted by A View from Bermondsey Beach at 18:32 No comments:

Are these the worst cycle lanes in Britain?


Much has been done to improve road safety in Rotherhithe and Bermondsey, making life better for all of us.  But the brunt of the responsibility for change has been borne by drivers.  Taking a daily battering from local and national policy makers out to demonise the humble British motorist, you’d think that SE1 and SE16’s drivers were the only problem.  No, we have a new menace on our streets: the Bermondsey and Rotherhithe cycle lane.
Our cycle lanes, while appearing pretty harmless on first glance, reveal on closer inspection a suspiciously sinister side.  But, while everybody knows that they are poorly designed and created, which are candidates for the worst cycle lane in Britain?
Doubling up as a pavement for pedestrians is a common trait shared by Southwark cycle lanes, but as residents on the corner of Gomm Road and Lower Road realise, it doesn’t make them safe.


Although cycling in the direction of oncoming vehicles probably makes perfect sense to the average traffic officer enjoying the taxis and chauffeur driven fleet at Southwark Council Towers, users of Neckinger realise that this puts both cyclists and drivers in real danger.
Creating a cycle lane slap-bang outside one of the busiest Underground stations in London and placing in its path bollards, a sign post, pedestrian crossing and a six feet tall Evening Standard vendor’s box hardly demonstrates a serious concern for public safety.


The prize for 'most dangerous' must go to the green goddess of cycle lanes running from Druid Street along Gedling Place to Abbey Street.  Make sense of this if you can: a stretch of patchy emerald coloured tarmac taking up an entire pedestrian walkway, cutting across a well-used pavement at a busy junction with an apartment block preventing clear sight around the corner.  Crazy? You bet it is!  As a direct result of planners' incompetence, cyclists and pedestrians are at serious risk of harm from each other.

Worryingly, across the Bermondsey and Rotherhithe area  (as well as the rest of Southwark) this sorry saga goes on: poorly painted and fading street signs; badly positioned signs; cycle lanes jumping out at you from the most unexpected places.  These are truly some of the worst cycle lanes in Britain.  But surely Southwark Council and Transport for London are aware of this?  If not, they are now.  The question is: will they act to make cycling and walking safer for all residents?  On their previous form it’s unlikely - they'll keep on nagging the white van driver instead.  Perhaps there really is something sinister going on after all…
Posted by A View from Bermondsey Beach at 09:46 No comments: