Courage, respect for others and selfless commitment: values of the armed forces shared by their men and women throughout history.  But, do such values belong to an altogether different place and time from modern day South London? This afternoon at 2 o’clock, a busy corner of Bermondsey was transported back one hundred years to the day to commemorate the time when twenty-three year old Frederick William Holmes risked his own life to save that of a fellow soldier.  Politicians, representatives from the armed forces and ordinary Bermondsey residents united in pride and solemnity to reflect on his spine-tingling heroism. 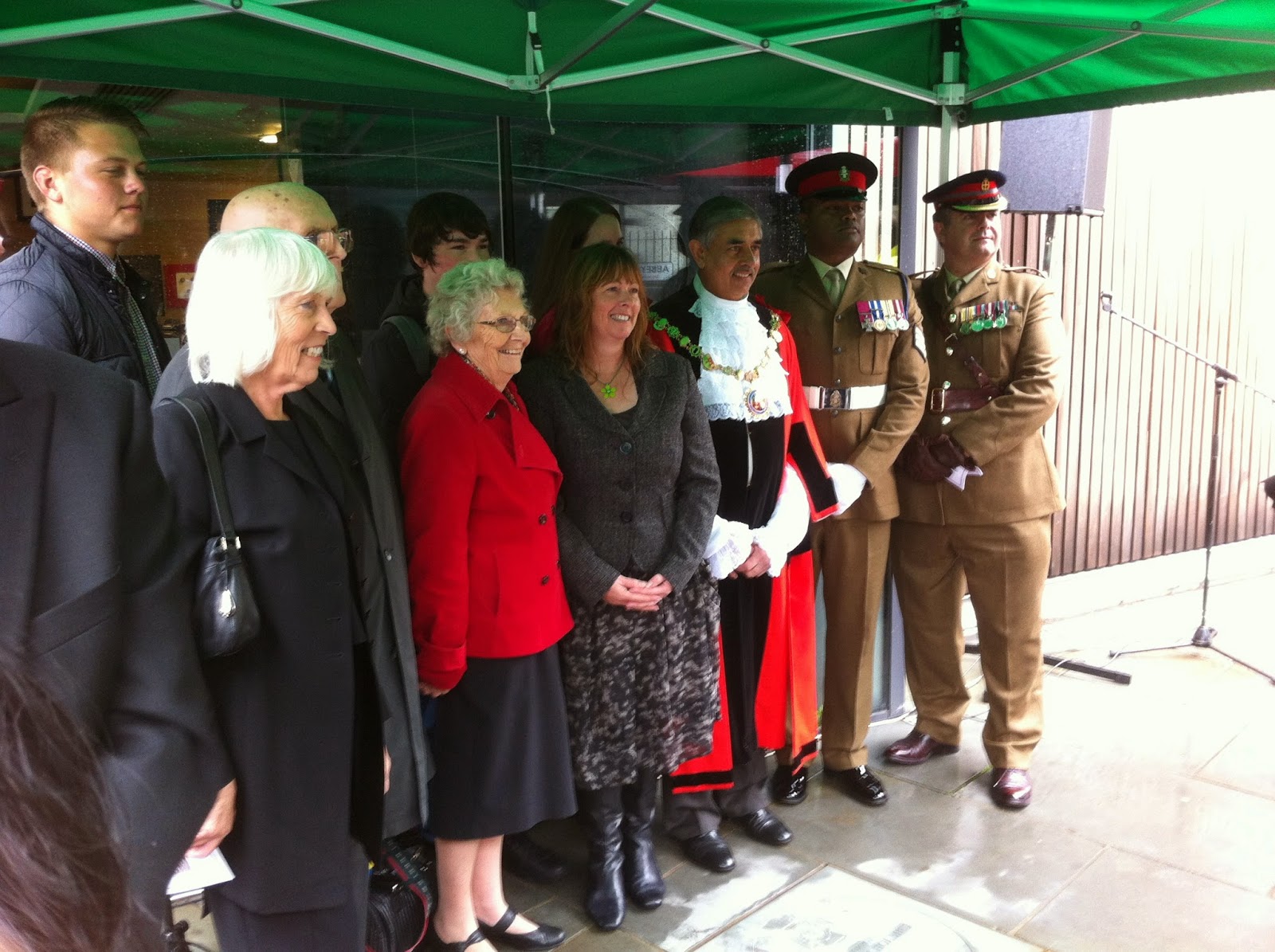 After a morning and afternoon fighting on French soil in the Battle of Le Cateau, the order to retire was given by General Smith-Dorien­­­.  As he ran across the battlefield, while under close enemy fire, Frederick Holmes noticed Bugler Woodcock lying on the ground with both of his legs broken.  Courageously, Holmes gave him a fireman’s lift and carried him two miles to safety – outstanding bravery by anyone’s standards.


As if that wasn’t enough, Holmes careered back under German shell fire and rescued a wounded young Trumpeter, placing him on a horse and leading it, five other horses and a British 18-pounder gun over a three mile journey back to a safe-haven.  Having endangered his life twice, Holmes was to become one of the earliest recipients of the Victoria Cross in the First World War.
But, could this happen today and just how enduring are the values that the memory of Frederick Holmes VC stands for?  A century on, he is the member of an exclusive club of 85 London based VC recipients being commemorated this year, three of whom were remembered today across the capital.  Honoured in Bermondsey with his family present, the spirit of Corporal Holmes was alive in each of the soldiers gathered in the square – and perhaps no more so than in present day hero Sergeant Johnson Berharry VC, who fought bravely in Iraq.
Standing proudly in Bermondsey Square, Beharry proves that the values are timeless.  In fact, Corporal Holmes’s family could well recognise the embodiment of their ancestor in this modern day lionheart...

So, there is really only one question left to answer: where exactly did Frederick Holmes VC learn his values all those years ago?  Growing up on the streets and living amongst the people of Bermondsey and Rotherhithe, of course.

Dignity, humility, fortitude, devotion to each other and love of country: Bermondsey values embodied in a Bermondsey superhero.  If we pause and reflect at the commemorative paving stone on the corner of Bermondsey Square, we too can learn much from this very special of Bermondsey boys… 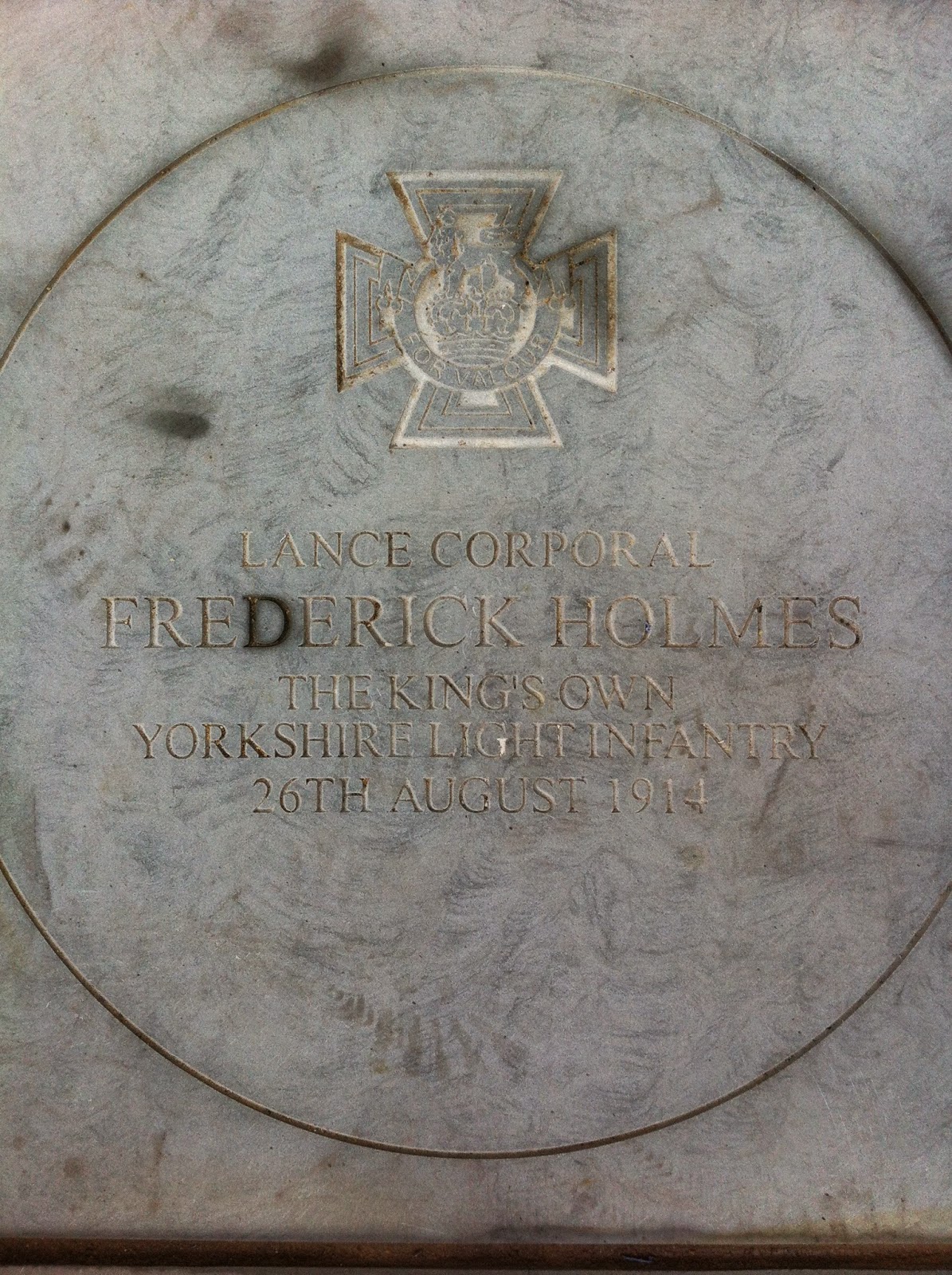 Posted by A View from Bermondsey Beach at 21:42 No comments:

"Quick! We're on TV again!": Why are Bermondsey and Rotherhithe always the stars of TV, documentaries and films?

What does a car chase in EastEnders involving Phil Mitchell, Lionel Bart’s 1968 musical Oliver! and the pilot episode of smash-hit seventies police series The Sweeney all have in common?  The answer is simple: they’ve all used Bermondsey and Rotherhithe locations as backdrops for filming.  But, just what is it about the arches and alleyways of this quintessentially British quarter of South East London that make them so desperately sought after by TV producers and filmmakers?
Forged by generations of working class hard graft, Bermondsey and Rotherhithe are easily the most photogenic and charming areas in London. Steeped in history dating back to way before the Anglo-Saxon and Norman periods, Bermondsey and Rotherhithe have been the home and playground of kings and princesses: from Edward III’s manor house built close to the Thames in  1353, to the bohemian warehouses used by Antony Armstrong-Jones (later to become the 1st Earl of Snowdon) for many a moonlit tryst with Princess Margaret in the sixties.

Let’s be clear: together Bermondsey and Rotherhithe are a location scout’s dream.  Boasting history, docks, wharves, green open spaces, Victorian and Georgian homes and of course, a wealth of contemporary architecture including the Shard, City Hall and sprawling 20th century council estates, we have it all!   Don’t believe it?  Local blogger Bermondsey Boy has compiled an insightful directory of Bermondsey and Rotherhithe based TV dramas, films, music videos and documentaries.  Here are some of the highlights:

Doctor Who – BBC drama series: The Doctor (Peter Davison) pushes a Dalek out of a Shad Thames warehouse window

The Sweeney – pilot episode filmed on the Rotherhithe foreshore 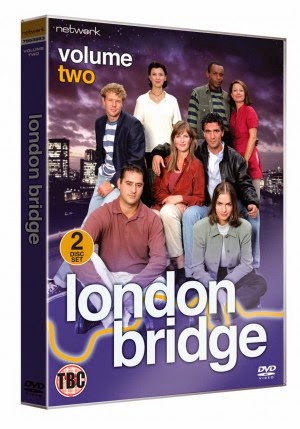 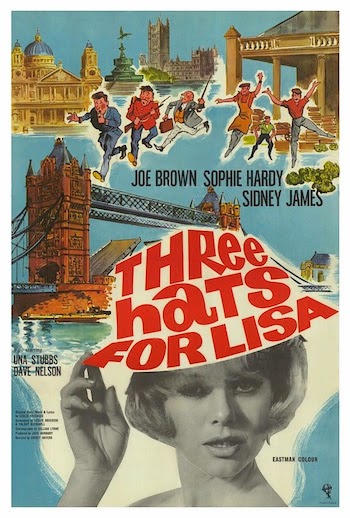 The Secret History of our Streets: Reverdy Road, BBC Television 2013

‘Got to have you back’ by The Undertones – filmed on Jamaica Road and St Olave’s Hospital
You see, Bermondsey and Rotherhithe have appeared on the small and silver screens more than the average London location.  In fact, The Shard, Tower Bridge and of course City Hall can be admired pretty much daily on local and national news programmes. Wondering where to begin?  Start by exploring how the area has changed from the 1970s to the present day.  And the best way to do this?  By settling down with a Bermondsey brew and watching a double-bill of the must see seventies documentary We Was All One, followed swiftly by episode 1 from season 11 of BBC crime drama New Tricks, filmed at St Mary’s Rotherhithe and along the Queen’s Walk and Bermondsey Wall; you’re in for a real treat.  Oh, and don’t worry – Dennis Waterman only sings the theme tune in one of them…
More information:

Bermondsey Boy Blog (including links to TV, film and documentaries) 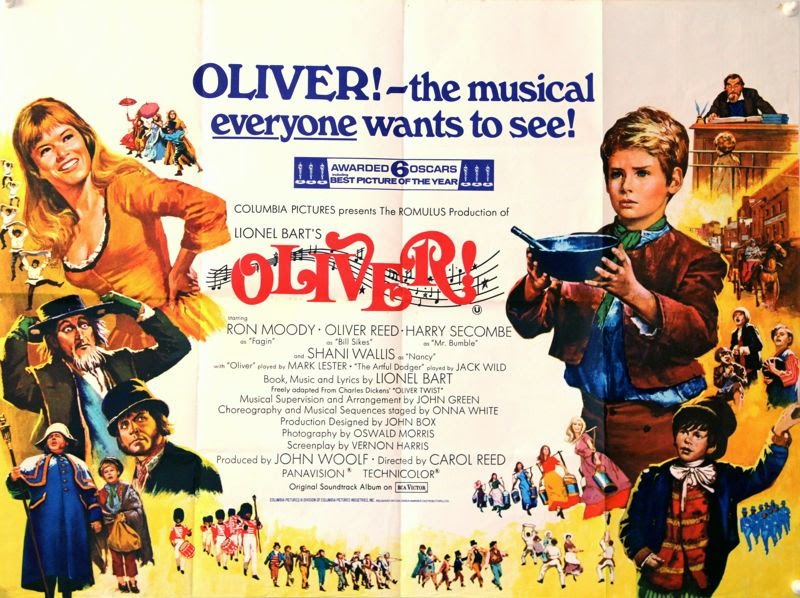 Posted by A View from Bermondsey Beach at 16:48 No comments: