Do we treat the homeless as we treat ourselves?

Stop moaning about the anti-homeless spikes - love someone instead!
Now that the frenzied furore has died down, the storms of synthetic anger have subsided ready to rage over different shores, and the dozen or so two-inch high stainless steel anti-homeless spikes have been removed from the porch of a block of flats on Southwark Bridge Road, the number of rough-sleeping homeless women, men and children probably remains largely unaffected by the tweeting and hollering of recent weeks.  Was this latest social media tornado nothing more than a 21st century storm in a Borough Market tea cup? 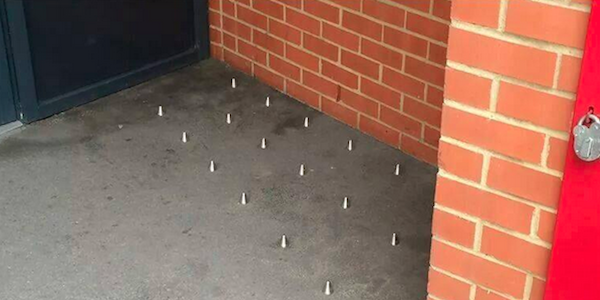 Homelessness has always existed, and in London right under our very noses.  While we devote our entire weekly income to ourselves, those closest to us, and the pursuit of pleasure, we take comfort from tossing a pound or two to the woman on the street, as decked out in khaki shorts, Havaianas and Ray-Bans, we sashay past her barely catching her eye.  Was it to soothe our own consciences that this latest ‘outrage’ was manufactured, so that we could blame others, and in so doing feel better about ourselves?  Do Facebook and Twitter outcries really help improve the lives of London’s rough-sleeping homeless?

Vitriol and worse was unleashed by everyone on everyone, from the Mayor of London who declared that the two-inch spikes were "ugly, self-defeating and stupid", to Southwark Council leader Peter John, who opined, "People sleeping rough should be treated with dignity and respect, and not with spikes.”  Perhaps those shouting loudest did so safe in the knowledge that their homes are protected by anti-homeless measures of their own, albeit not as opaquely as the spikes?
Concierge with security guards, 24-hour CCTV, entrance intercoms, pavement-level entrances and so on, all serve to keep people out and us in.  Boris later tweeted that he was ‘Pleased developer on Southwark Bridge Rd has done the right thing & appears to have removed terrible spikes designed to deter rough sleeping’.  Thanks Boris, but who exactly does this help?
Complainers and 'activists' voiced viscerally their anger and outrage against anyone they deemed responsible, both for the spikes and the plight of London’s homeless: ordinary leaseholders, bankers, society, estate agents, UKIP, Margaret Thatcher, Tony Blair - anyone that is except themselves.  However, read between the lines of each tweet and post, and it becomes clear that for many, social media was their preferred outlet for assisting the homeless; instead of love – loving someone else as we love ourselves. 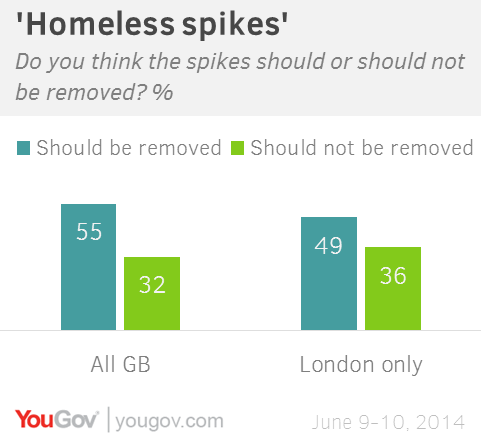 According to Government statistics posted on the Crisis website, 2,414 people slept rough in England on any one night during 2012-13.  The figures for London are pretty horrifying, too, with local agencies reporting that 6,437 people slept rough in London alone throughout 2012-13: Crisis reporting a crisis year after year.  Yes, that’s right.  Homelessness and rough sleeping did not begin in May 2010, or with the installation of anti-homeless devices such as sloping benches and spikes.  Although previous Labour governments worked hard to reduce the numbers of rough sleepers and should be praised for doing so, progress flat lined.  The true causes of homelessness, and many of society's ills, were ignored and denied by the über-liberal elite.


Interestingly, it is now widely acknowledged that methods used to count numbers of rough sleepers need overhauling to ensure accuracy and consistency across the UK.  Crucially, governments of all colours have failed systematically to tackle head on the many causes of homelessness including: broken families, alcohol and drug addiction, poor mental health, inadequate education and unemployment.  As the glue that holds together local communities and institutions is losing its tack, we now expect someone else to practise the love that we should as members of society be practising ourselves.
Caring isn’t easy – especially when it’s for strangers.  But, here in Bermondsey we are extremely fortunate to have a community of people who care for the homeless 365 days of the year: the Manna Centre, Crisis, the Robes project winter shelter, London City Mission and several outlets for food banks.  These organisations are crying out for passionate hardworking people to help them in their mission to feed, clothe, shelter, heal and love the homeless.

So, here’s a ‘note to self’, and also to the nastier elements of the anti-spikes chorus -  instead of moaning online:
1. Volunteer at a local homeless shelter or project
2. Give regularly a significant chunk of our income to a local homeless charity
3. Donate generously to food banks
4. Share a tea, coffee, sandwich or a chat with rough sleepers or those begging at Bermondsey and London Bridge underground stations, rather than tossing them my loose change
5. Donate unwanted clothes (including new ones) to individuals, charity shops and shelters
6. Buy the Big Issue
7. Sell home, buy smaller one and give difference to a homeless charity(!). 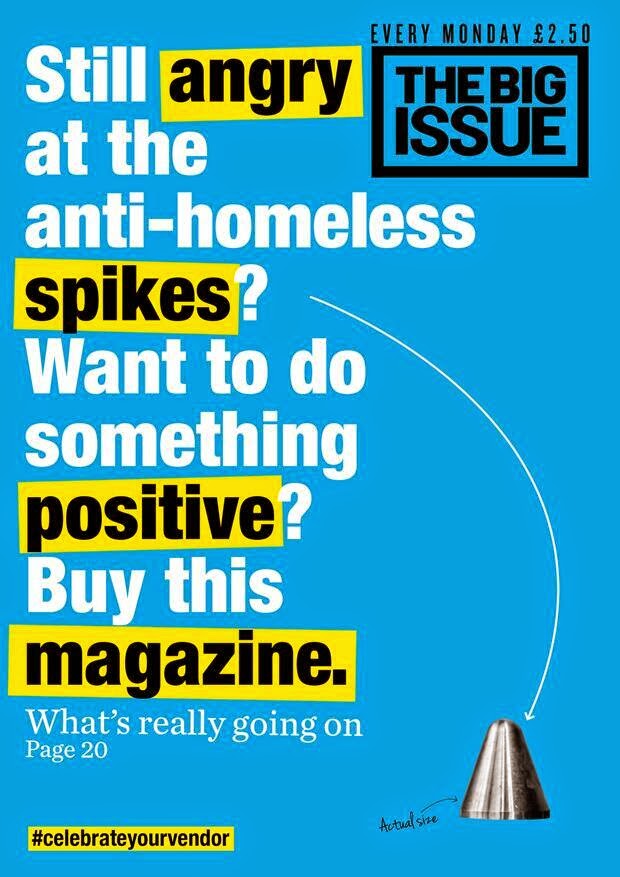 And, then a note to Southwark Council and governments present and future:


5. Send out clear messages on substance and alcohol abuse


7. Do more to promote volunteering and giving of time and money. 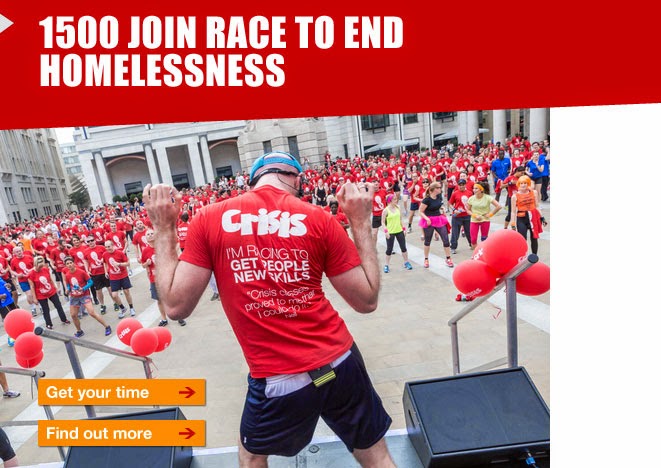 And what about the 52,000 statutory homeless in England who were accepted as homeless and in ‘priority need’ by local authorities?  It’s a sure bet that we know personally some of these people: they sit across the open-plan office at work; we rub shoulders with them and their children at the school gate; we kneel humbly next to them in prayer at church, synagogue or mosque.  That spare bedroom of ours with the Habitat sofa bed and matching accessories should have their name on it!  If we all loved others as we love ourselves, real progress would be made in reducing these figures.  And before the metropolitan-elite and chattering-classes scream themselves silly (as they lounge in luxury in their SE1 and SE16 gated communities and hermit like isolation) this is community in action – it’s what we in Bermondsey and Britain used to do. 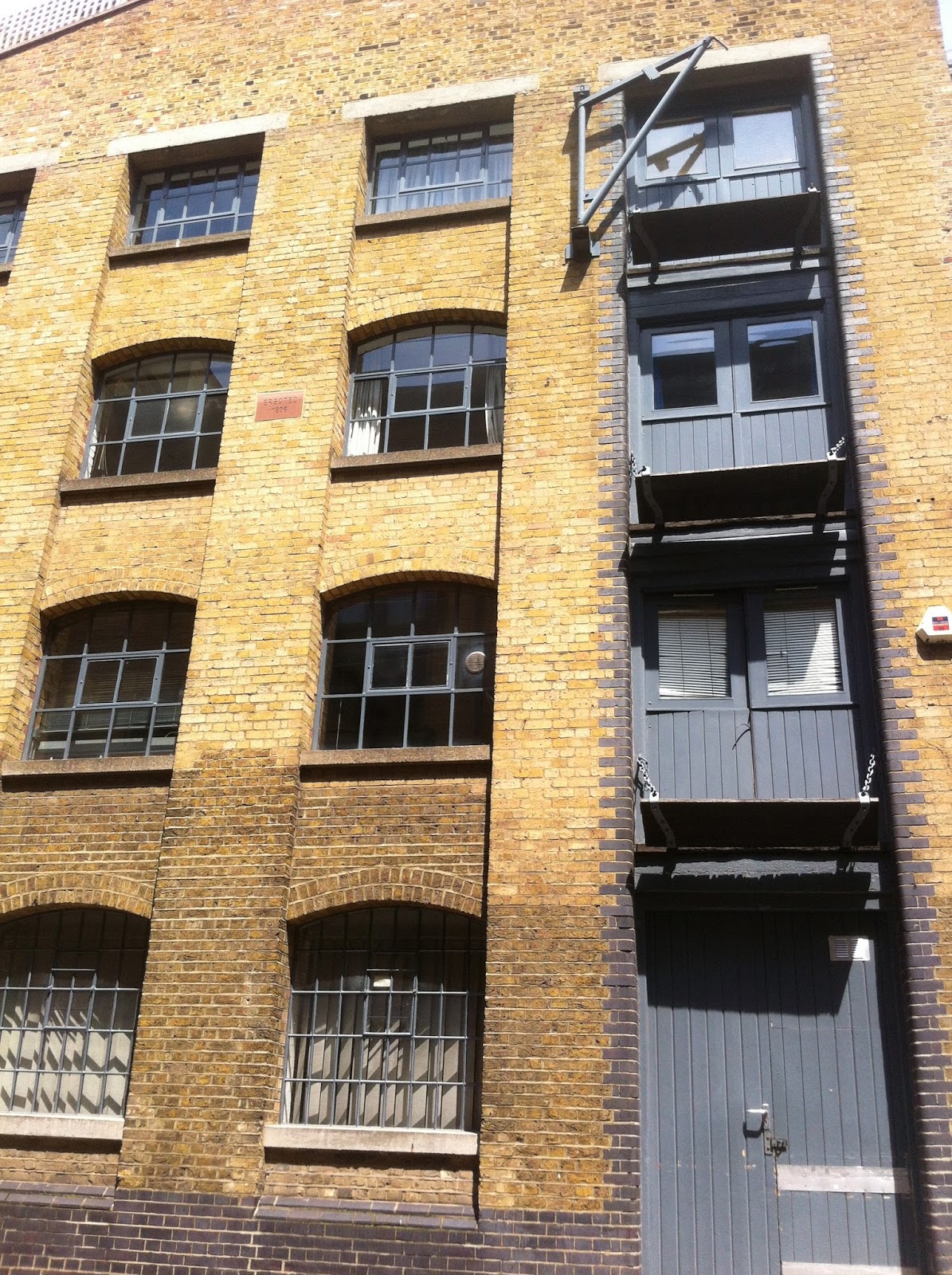 Tweeting, posting, emailing and writing may ‘help’; they raise awareness in a digital age and allow us a direct voice to those with authority and power.  However, action by social media perpetuates an ugly, conceited, self-righteous self-centredness that blames and crucifies others as we purge ourselves of the guilt that we rightly feel for doing little if anything to defeat a modern evil - homelessness.  Direct action is much more effective: donating, sharing, giving, helping, sacrificing, loving.  In doing so, we don’t need to hurt or abuse anyone else, including ourselves.  According to Crisis, rough sleeping is on the rise: we haven’t anymore time to waste bootlessly on social media – it’s time to love others as we love ourselves; it’s time for social action. 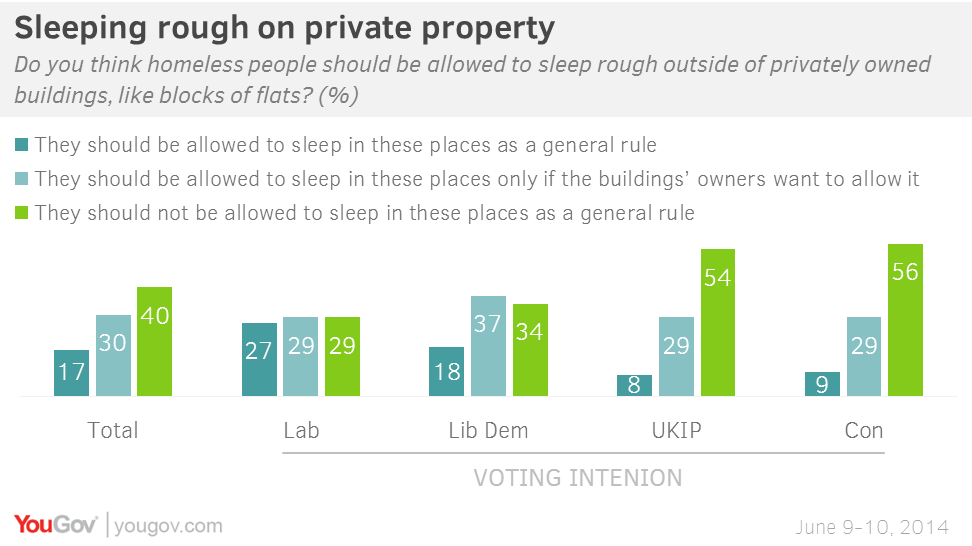 Posted by A View from Bermondsey Beach at 16:02