All People's Party - A party that 'all people' are not invited to.

Perhaps the fundamental problem with the All People's Party is that it is a party that 'all people' are not invited to.  In fact, for a new political party that claims that it is 'fighting for equality at the top', the absence of white working-class faces on its list of candidates is quite telling: in its present form, the APP is emphatically and demonstrably not a party for all people in Bermondsey! 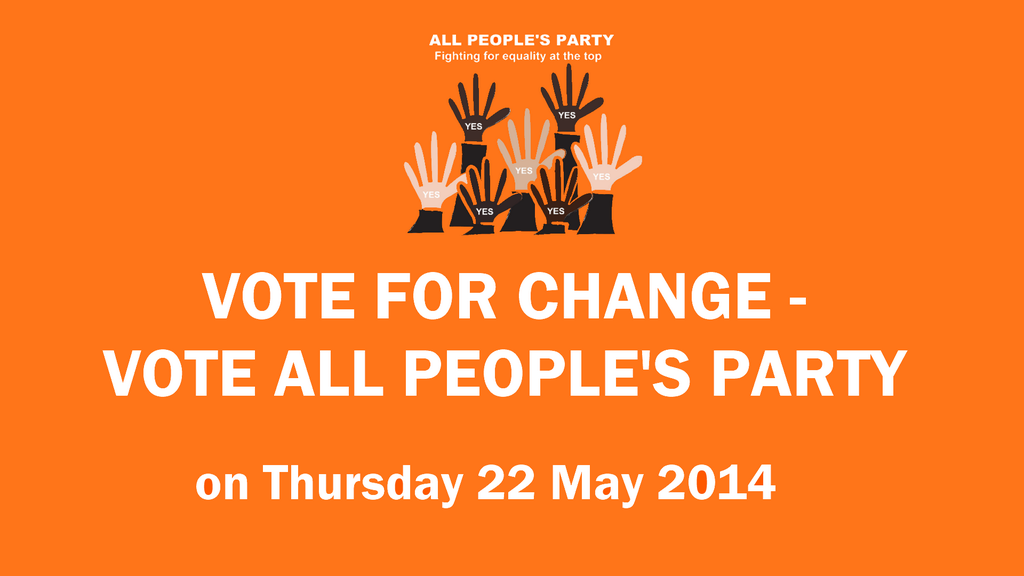 Do you know any other parties like this? You know, parties that field candidates from one ethnic group? And, in today's inclusion-obsessed society (as long as it's the right brand of inclusion you understand), what would the über-liberal-media-dominating-chattering-classes brand such a party? Exclusive? Unacceptable? Racist? Evil? They would protest aggressively, throwing eggs and insults at their candidates and supporters.  However, the streets of Bermondsey and Southwark are currently a liberal egg-free zone.  And the voices and views of the anti-populist über-liberals? Not a whisper, not a word!  For it is too dangerous it seems to critique the All People's Party. 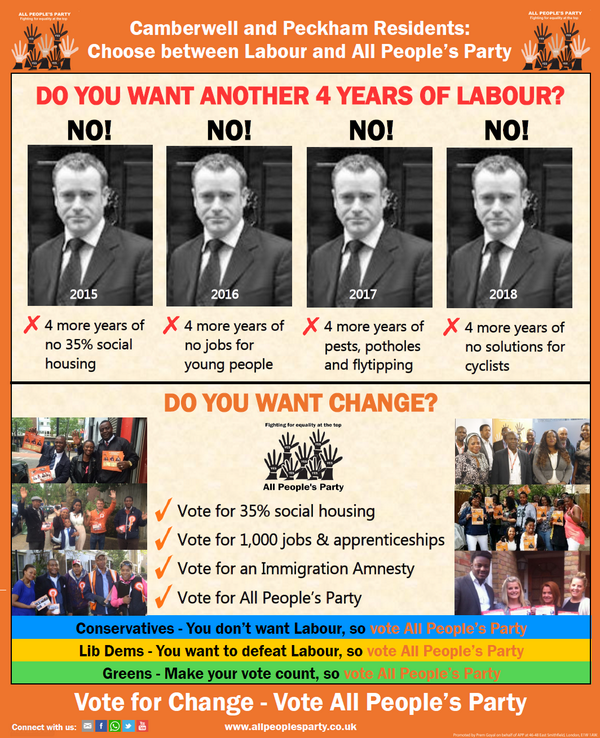 Sadly, in parts of 'new Bermondsey', it is fashionable to label as racist anyone expressing patriotic views.   While it's OK for those who can afford it to wave their union flags from the front row of the Andy Murray Wimbledon finals, whilst nearly choking as they feast on punnets of M&S strawberries, it's classed as 'disturbing' and 'dangerous' for Bermondsey men and women to drape from their balconies the red-white-and-blue for no other reason than a deep love for their country.  Common sense tells you that this is not extremism or anything to be ashamed of; those in the right-on liberal media should know better that to peddle the lie that it is.  But, the real extremists, including the left-wing extremist-run-riot Trade Unionist and Socialist Coalition (Dave Nellist's latest Trotskyite political vehicle), the New Liberal Bigots (who destroy the reputations of those who have the temerity to disagree with their dangerously politically-correct and illiberal dogma) and our own All People's Party, get off all extremist charges scot-free!

Extremism is worrying in all its forms, and the All People's Party is no exception.  The APP was founded by a group of disgruntled former Labour politicians, who rather than stay in their party and argue for change from the inside, decided to set up their own, but this time on racially divisive lines.  They aim to fast-track themselves to power on the back of their grudges with the Southwark Labour party.  The problem is that the APP and Labour have one thing in common when it comes to so-called extremists: they both stop short of using the R-word.  While the APP allude to the 'racist' attitudes and behaviour of their former Labour bedfellows, but refrain from making direct accusations of racism, the Labour Party refuses to use the R-word to dismiss UKIP because they fear insulting many of their own core working-class supporters.  Synthetic anger on both sides perhaps? 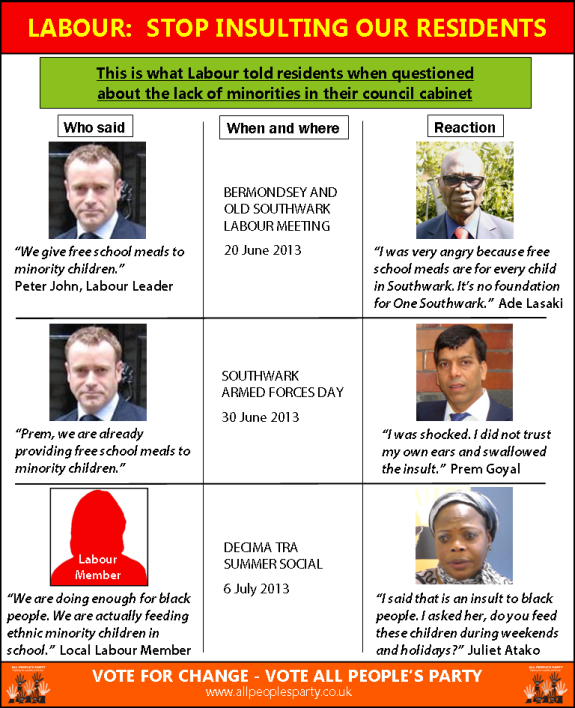 Although it may feel that we are more able to talk about race today, don't be seduced by this lie.  While the APP is allowed to promote its own form of exclusion at best and prejudice at worst, others including the ordinary  Bermondsey man and woman in the street are branded racists and discriminated against for simply mentioning the R-issue. 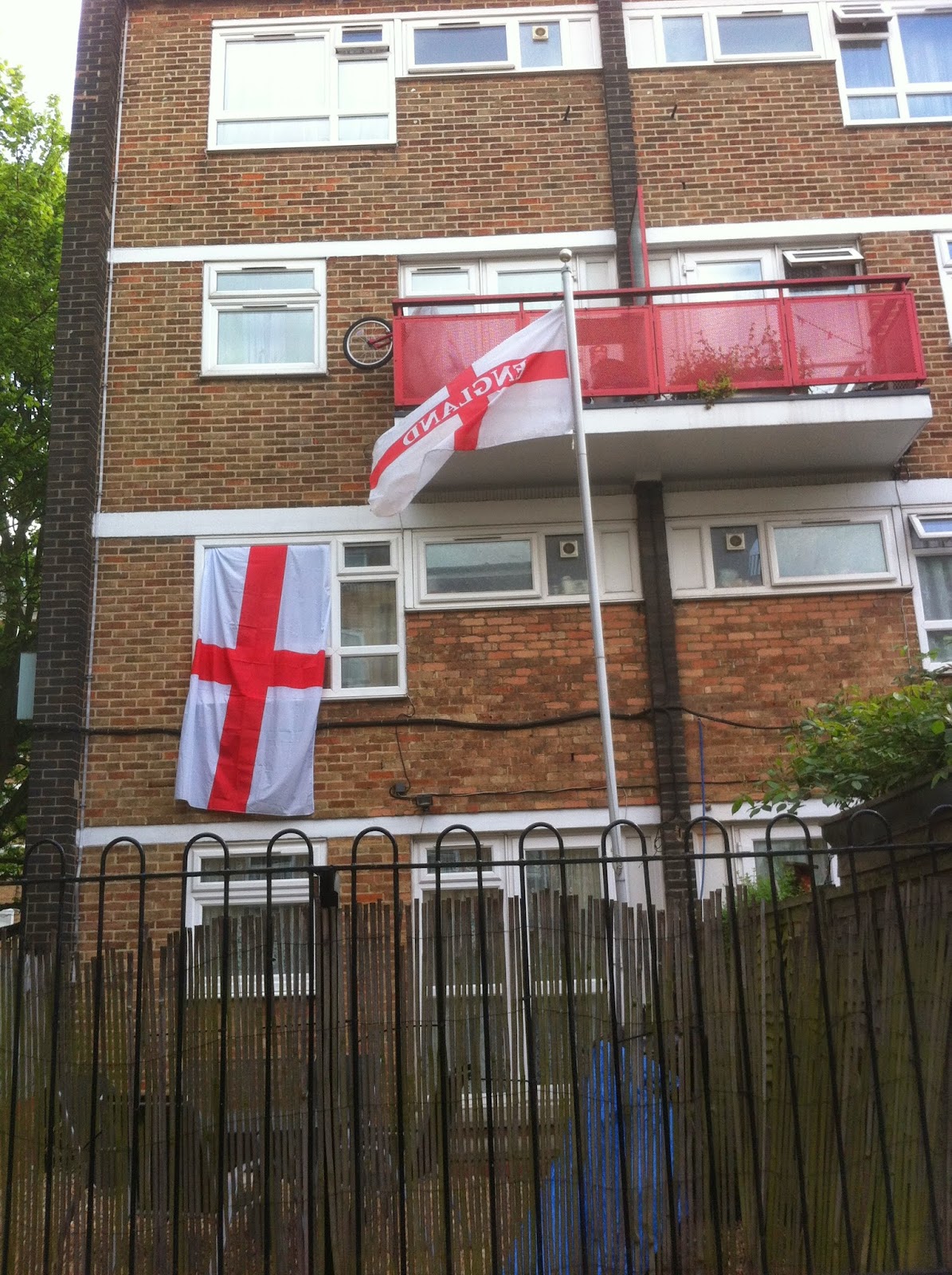 Question the omission from immigration figures of 250000 immigrants by the previous government? Racist! Support the reduction of immigration by the coalition?  BNP lover! Want to renegotiate the EU treaties or free movement of people across Europe and payment of UK benefits to children living abroad? Outrageous! But, promote discrimination against and the exclusion of working-class white candidates, whilst aiming your message at predominantly black members of the electorate?  That's perfectly OK.  Question it, and out crawl the über-liberals from the woodwork, with a battery of one-word put-downs at the ready. 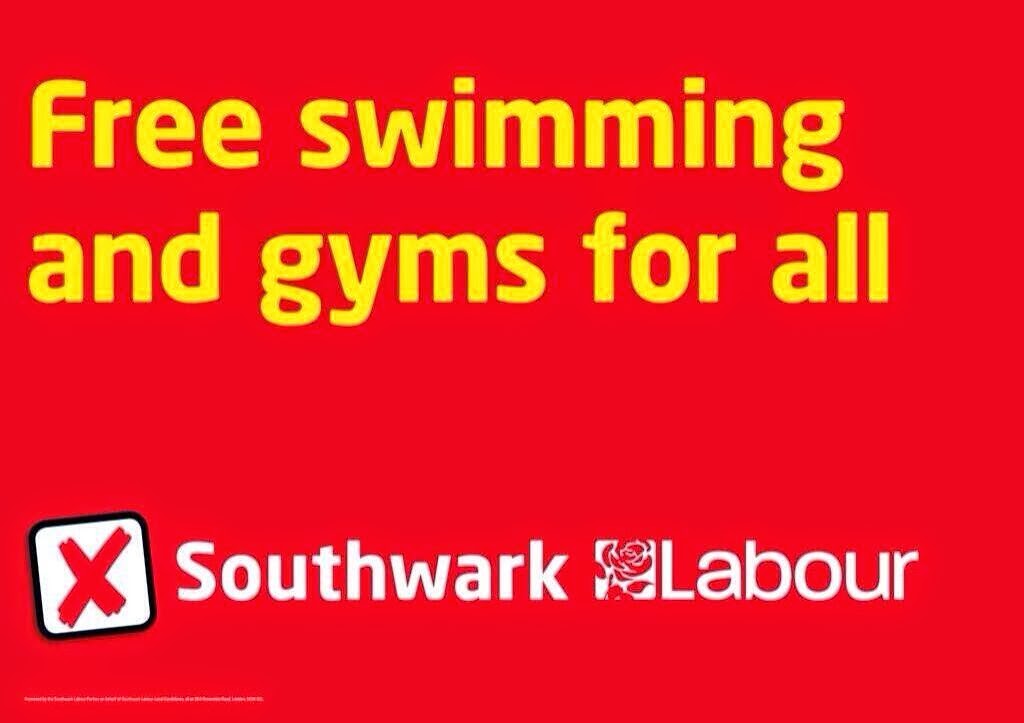 By promising equality at the top (at the expense of others) in exchange for our vote, the APP is taking advantage of we members of Southwark's minority ethnic communities, so that they can sit at the top table and eat cake.  It's deplorable.  And, if we choose not to vote the 'right way', our ability to make rational political choices is patronised, as we are labelled 'apologists' for racists.  What? So, now after hundreds of years of slavery, oppression and struggle, they want to tell us how to vote, too!

To grant the APP some credit, they recently informed @BermondseyBeach on Twitter that 'Most, if not all our candidates are working class people. We will make sure everyone has a voice at the top'.  The APP has missed a trick here and a real opportunity at grasping  true political power: it should be a party championing working class people from all ethnic communities, including white.  Sadly, because of their exclusive policies and non-representative candidate list, they will sparkle a little, fizzle, pop and then die out - like UKIP. 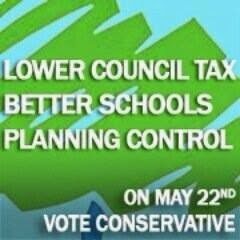 www.ukip.org
Posted by A View from Bermondsey Beach at 16:29 No comments: Links to this post

The Bermondsey Review: 'The Prince of the City' at the White Cube

Who are the princes of our great city of London? Those who rule decisively yet thievishly, unnoticed in the alleyways, streets and estates from the Old Kent Road to Crucifix Lane?  Perhaps they’re the Tooley Street and City Hall politicians, who can at times appear far removed from the lives of ordinary working-class people?  Perhaps it’s Bermondsey’s pearly royal family, or even the educated professionals who form what is for many ‘new Bermondsey’? 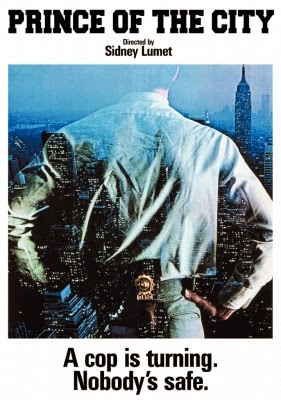 According to Sidney Lumet’s 1981 American crime film, shown last Sunday at Bermondsey Street’s White Cube as part of their regular ‘Film on Sunday: Artist’s Choice’ event, the malignant moniker belongs to the police in the narcotics division of the NYPD.  New York cop Daniel Ciello’s (Treat Williams) career is peppered-heavily with questionable (to say the least) practises: from supplying informants with heroin and beating up Hispanic stool José (José Angel Santana), and later watching him beat-up his girlfriend in an argument about drugs, to entertaining prostitutes at third-rate out-of-town motels. But, Danny wants to go straight and make his father proud by ‘being a good guy’.
The film explores Danny’s tumultuous journey from family man and reluctant police informant of District Attorney Rick Cappalino (Norman Parker), to ex-officer who discovers in an acutely cathartic way that ‘the first thing a cop learns is he can’t trust anyone except his partner’.  Through his confessional purging of past crimes and wrong-doing, and the resulting exposition of endemic police corruption in the narcotics department, Danny poses important questions today about our own Metropolitan Police force.  Can they be trusted? Are most police racist? Will body cameras improve their behaviour? Should their stop-and-search powers be removed? Just what do they do when the public isn’t looking? In reality, the question that should be asked is this: why are we doing everything possible to discredit and bring into disrepute our professional and once well-loved police force? You can be sure that most of Britain doesn’t agree with the oh-so fashionable police-bashing that obsesses the metropolitan chattering classes of Blackheath, Hampstead and Hackney's Broadway Market, as they relax safely in the comfort of their premier ADT Yale security system protected five-bedroom Edwardian home.
Anyone with an ounce of common sense understands that every organisation has bad apples and rotten eggs: journalists who hack mobile telephones and peddle lies about innocent people; advertising and PR executives who twist the truth about a product; teachers and nurses who abuse their position or cut-corners.  In fact, the 1999 Macpherson report, embodied in the subsequent update to race relations legislation, stated that corruption is not the sole-provision of the police. We don’t hate the entire nursing profession because a minority of them fall below our high expectations, or because some of them hold racist attitudes.


So why do these über-liberals have it in for the police? Simple: because long ago they embarked on a mission to destroy the institutions and individuals that act as the glue holding Britain together. They’ll have you believing that the blame for the 2011 riots lies with the bankers, rather than the thugs who destroyed families and the livelihoods of our hardworking business community. Why don’t they place the entire teaching profession in their line of fire? One imagines that many of their best friends are teachers… 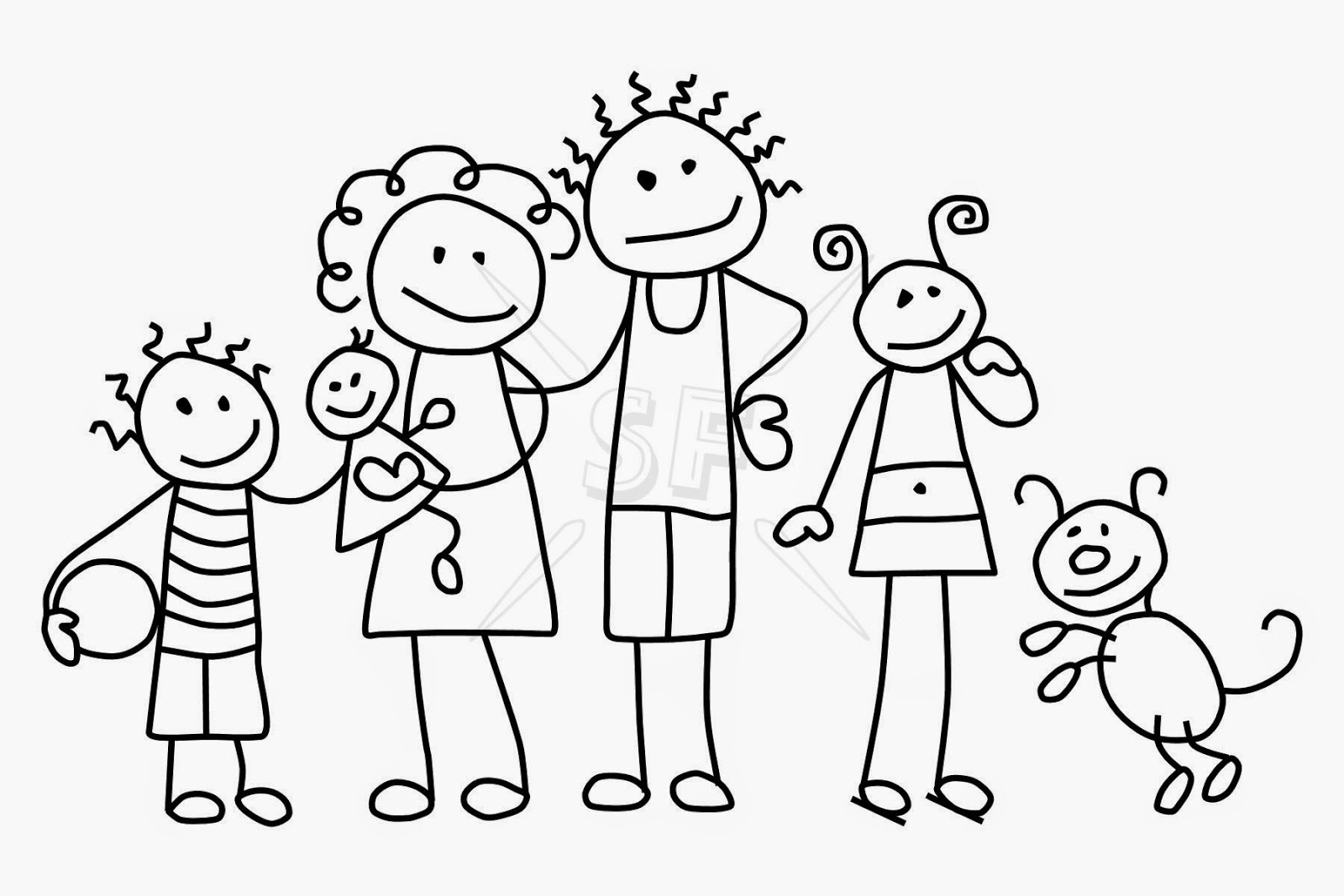 These über-liberals are synonymous with the prosecutors who promised Danny his support in exchange for his testimony. They claim to love and care for Bermondsey’s working-classes, but do everything they can to annihilate the institutions that they need: police, armed forces, government, monarchy, family, religion, tax-avoiding pop-star role models and yes bankers: a middle-class-muck-about that’s unspeakably dangerous. A very wise man once suggested we all  take the plank from our eyes before removing the speck from someone else’s – something for us all to consider perhaps?

At heart, Danny is a good man. Ultimately, Cappalino’s reassurance to a dressing-gown clad Ciello that his team will ‘never force you to do something you can’t live with’ doesn’t play-out in the way he expected. His wife (Lindsay Crouse) is certain that he will be coerced into exposing his colleagues' own misconduct.
Yet, the film placed the crown on the wrong head, for the real princes of our city are the gangs and drug cartels that rule brazenly the working-class areas of Bermondsey, denying a life to thousands of our young people; and to this the über -liberals turn a blind eye.  Our police deserve our praise and unequivocal, unwavering support.

So, this blog crowns the White Cube, Bermondsey Street as the new prince of SE1 for showing a new film every Sunday; and there’s no corruption around the ticket price – entry is free! 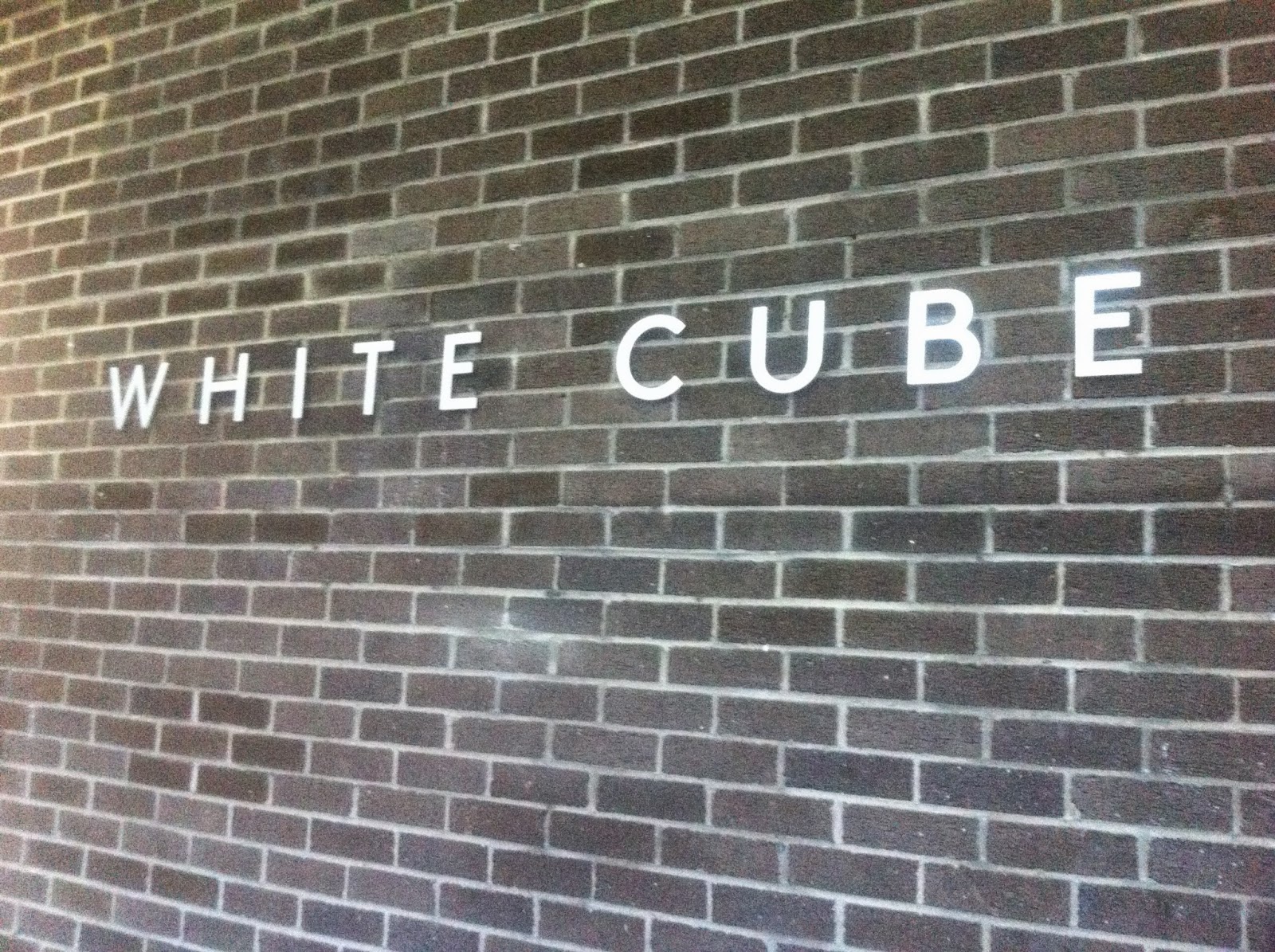 Posted by A View from Bermondsey Beach at 11:17 No comments: Links to this post